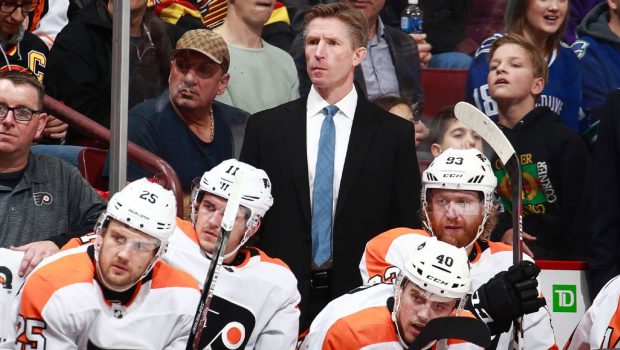 The Toronto Maple Leafs have hired fired Flyers coach Dave Hakstol as an assistant, likely to handle the defensive side of the puck and penalty kill strategy.

The 50-year-old spent over a decade as the head coach of the University of North Dakota before the Flyers hired him at the start of the 2015-16 season.

In his three-and-a-half campaigns with the team before he was replaced in December of last year, he amassed a record of 116-101-42. During his tenure in Philly, the Flyers were bounced from the first round of the postseason twice and missed the playoffs once.

Hakstol inherits a penalty kill that finished tied for 16th during the regular season at 79.9% but was an abysmal 56.3% during the team’s first-round loss to the Boston Bruins in seven games.

The Leafs 3.04 goals against per game during the regular season placed them 20th in the league.