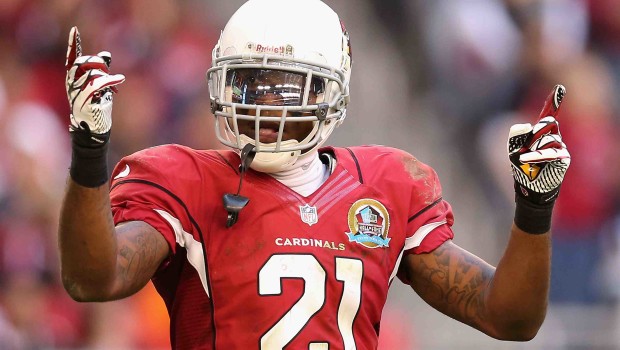 FIRED EAGLES EXEC BANNER: WE COULD HAVE HAD PATRICK PETERSON!

Okay, so Joe Banner is busy cleaning up his reputation as a football strategist.

What else can you do if you have been fired from two franchises as president — the first being the Eagles, which are owned by your best friend from childhood, and the second being the Browns!

But Banner has gone rogue on this effort, as his appearance on “NFL Insiders” yesterday attests.

When he ran the Eagles in the summer of 2011, he was responsible for the failed “All In” bunch of deals that landed us Nnamdi Whatshisname and Dominique Rodgers-Cromartie. So, if you believe Banner now (I don’t):

“When we were in Philadelphia, we traded Kevin Kolb to the Arizona Cardinals for Dominique Rodgers-Cromartie and a second-round draft pick. The original trade was the fifth pick of the draft – which we were targeting Patrick Peterson for – and the second round pick the next year. Because there was a lockout, we weren’t allowed to make trades going into the draft or else Patrick Peterson would have been a Philadelphia Eagle.”