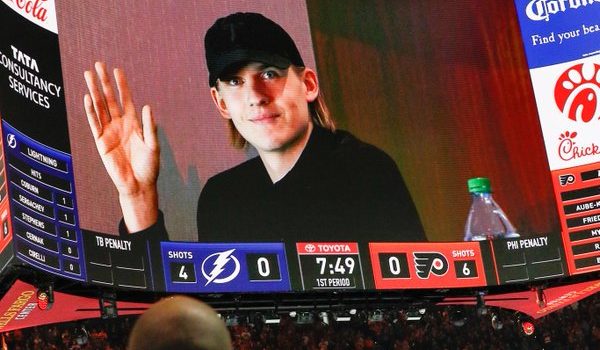 Flyers forward Oskar Lindblom is cancer-free just over one year after being diagnosed with Ewing’s sarcoma, his girlfriend wrote on social media.

“What a year! 369 days ago we found out that Oskar had cancer, and today we got to know that the scans are clear after his second checkup. *popping champagne*!!!” Alma Lindqvist wrote Tuesday on Instagram.

Lindblom recorded 18 points (11 goals, seven assists) in 30 games last season before learning he had Ewing’s sarcoma, a type of cancer that grows in and around bones.

The NHL paused its season in March due to the coronavirus pandemic before resuming play in July.

Lindblom joined the Flyers’ 31-man roster for the Stanley Cup qualifying round in Toronto and returned to the ice in Game 6 of the second round against the New York Islanders on Sept. 3.

The 24-year-old Swede was named a finalist for the Bill Masterton Memorial Trophy, which goes to “the player who best exemplifies the qualities of perseverance, sportsmanship and dedication to hockey.”