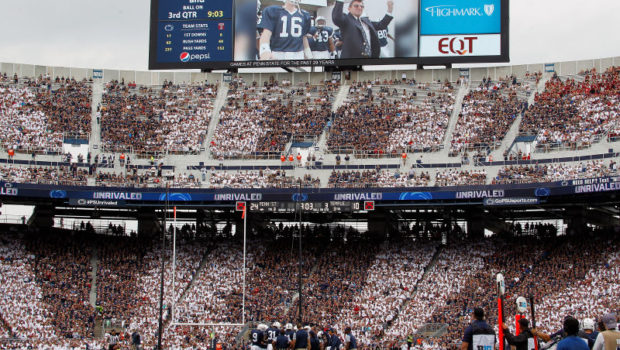 For Penn State — and Pennsylvania taxpayers — the hits just keep on coming for transgressions in the Jerry Sandusky scandal.

Even the feds have gotten into the act!

The U.S. Department of Education announced yesterday the conclusion of its investigation into the Sandusky child sex abuse scandal. Upon review, the department found 11 instances in which the university violated the Clery Act.

The Department of Education now suggests the school should be fined $2.4 million, the largest fine issued for Clery Act violations in history. Penn State’s violations were found to have taken place in the investigation’s time range of 1998-2011. Sandusky was indicted on 40 counts of sex crimes against young boys in 2011.

The Clery Act requires all colleges and universities receiving federal financial aid to report the number of on-campus criminal offenses and issue warnings if a crime represents a threat to those living on campus. Penn State received $566.4 million in financial aid in the 2014-15 award year, according to the Department’s letter

As a reminder, several Penn State officials allegedly knew about Sandusky’s actions decades before he faced the legal system—Joe Paterno was reportedly notified in-person by a victim in 1976; former president Graham Spanier, former VP Gary Schultz, and former athletic director Tim Curley are all currently facing charges of child endangerment and failure to report suspected child abuse; former athletic director Jim Tarman was notified of a case of sexual abuse in 1987 or 1988, depending on John Doe 102’s age. John Doe 102, an occupant of the Nittany House, a center for troubled youth on Penn State’s campus, was told to write an apology letter to Sandusky and Tarman for “telling lies” before running away.