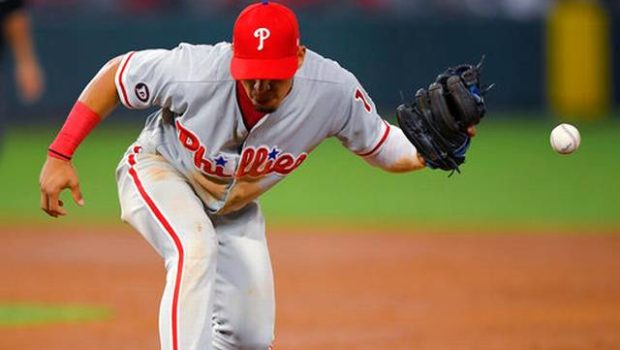 After winning five games in a row, the Phillies have reverted to their feckless selves on the West Coast.

And there is a certain poetry about how they lost to the Angels last night.

Eight years ago, the Phillies acquired right-hander JC Ramirez in a trade for Cliff Lee, an ace starter they had acquired four months before in failed pursuit of playoff glory.

Four years later, Ramirez reached the big leagues in a Phillies uniform, but only for 18 games, and he was no good in them. They let him sign elsewhere as a free agent that winter, and so began his whirlwind tour of teams: on to Cleveland, Arizona, Seattle, Cincinnati and, last year, the Angels.

In 2017, he is putting together the best season of his career. And never has he been better than against his old team, pitching eight shutout innings in the Angels’ 7-0 thrashing of the Phillies.

“I made myself proud,” Ramirez said.

He walked the first man he faced last night, Cesar Hernandez, and allowed him to steal second. But he pitched out of that and three singles he surrendered over the next two innings. He did not let a man on base in the fourth or fifth innings.

All of the Angels’ offense came within a 20-minute, third-inning burst. Catcher Martin Maldonado doubled to begin the inning and soon scored on a Philly error. Mike Trout then deposited a ball into the trees behind the center-field wall for a two-run home run.

Pujols slowed while rounding third until coach Ron Roenicke gave a surprising sign to try for home. He evaded the errant throw.

C.J. Cron next pounced on a hanging slider, crushing it about 443 feet for a two-run homer. That made it 6-0. Kaleb Cowart’s subsequent shot made it 7-0, and gave the Angels their first three-homer inning of the season.