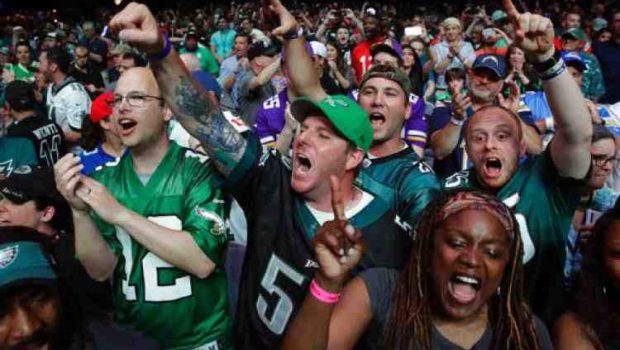 IT’S FEB. 6, 2018, AND HERE’S HOW THE EAGLES’ SUPER BOWL PARADE DOWN BROAD STREET WILL CHANGE YOUR LIFE!

Super Bowl parades are usually held the Tuesday after the big game, which means Philly should start preparing for gridlock on February 6. An already difficult morning commute will be made even more miserable with the closure of Market Street and other major thoroughfares, and the celebrations will push SEPTA to its limits. Getting to or from any downtown event will be nearly impossible, so plan accordingly.

If you have tickets to see Stephen Karam’s acclaimed play “The Humans” atWalnut Street Theatre on February 6, you may want to consider rescheduling. The centrally located venue will likely be on or near the Eagles’ double-decker bus route. Thanks to Wentz’s storybook season, parking should be a nightmare for those trying to see this Tony Award-winning play that has been described by the Chicago Tribune as “a celebration of working-class familial imperfection.”

Elsewhere, Brent Fayaz is scheduled to bring his musical stylings to the Trocadero at 8pm. The Super Bowl parade should be over by then, but Arch Street will surely be packed with giddy Eagles fans who just saw their hometown heroes hoist the Vince Lombardi Trophy for the first time in the city’s history. This will make grabbing a pre-show drink difficult, to say the least: