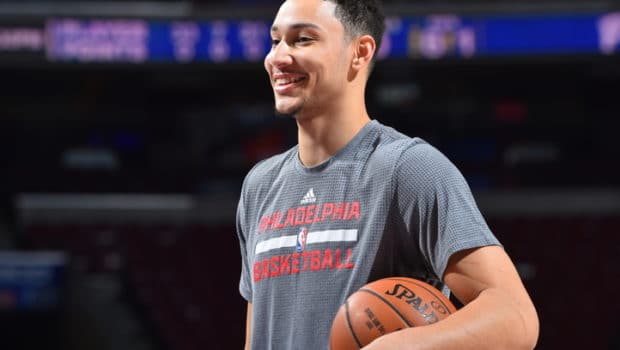 Sixers rookie Ben Simmons, who suffered a fractured right foot during training camp and hasn’t played a game this season, will visit the Hospital for Special Surgery in New York next week to “determine if his right foot is fully healed.”

That is what the Inky’s Keith Pompey reported.

Furthermore, Pompey wrote, “A source reiterated that the lack of full healing isn’t a result of the on-court drills in which Simmons participates.”

We continue to monitor the recovery of Ben’s injury and are employing a conservative and thoughtful approach to his rehabilitative program, basing his return to full basketball activity on the advice and direction of medical professionals. His next CT scan is scheduled for February 23, after which our medical team will thoroughly review and evaluate his status moving forward. Ben’s long-term health remains our primary concern.

Simmons has been practicing with the Sixers on a limited basis over the past few weeks, but he’s yet to progress to the point where he’s playing five-on-five.

“We do expect him to play this year,” Brown said Wednesday. “It is our expectation that he will get on a court. It’s moving slowly. It’s calculated. We’re trying to be very careful.”

Brown added, “I feel like after the All-Star break, when he’s got a chance to begin practicing with us and start playing against actual defensive people and him guarding, then we will better judge on when that time frame is. But I think the path right now is solid.”

The Sixers used the first overall pick in the 2016 draft to select Simmons, hoping he would become a key piece in their rebuilding process.

The LSU product averaged 19.2 points, 11.8 rebounds and 4.8 assists per game during his only season at the collegiate level, and it’s expected that he will operate as the team’s primary ball-handler once he hits the hardwood.