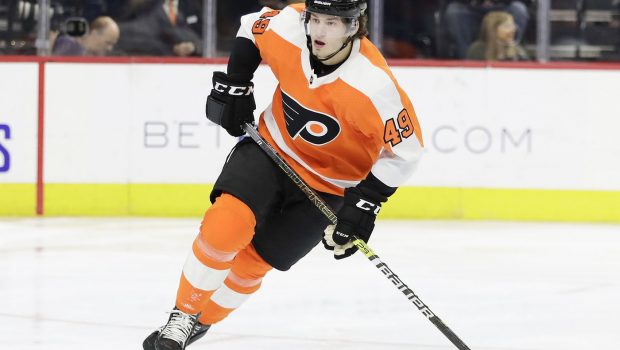 FARABEE IN FOR INJURED RAFFL: WILL FLYERS MISS A BEAT?

So the Flyers have lost forward Michael Raffl to injury and he will miss Thursday’s bubble against the Caps.

Raffl was a prominent fixture of the Flyers lineup this season. He appeared in 58 of the team’s 69 games. In that span, Raffl netted an even 20 points: eight goals and 12 assists. This ranked the 31-year-old 13th on the Flyers lineup in scoring.

Raffl has been with Philly since 2013 when the team signed him out of Sweden. He very quickly made his jump to the NHL and has served in a bottom-six role for the Flyers ever since. Through his seven years in the league, Raffl has managed one 21-goal season in 2014-15 and one 31-point season in 2015-16. While not jaw-dropping statistics, he’s provided enough firepower to keep the Flyers bottom-six whole.

It’s also been enough to keep him with the NHL squad. Raffl hasn’t played in the AHL since 2013-14, his first year in North America, and he only appeared in two minor-league games that year. Raffl is currently on his third NHL contract, which clocks in at a cap hit of $1.6 million, signed last year.

The Flyers have announced that Joel Farabee will take over in Raffl’s absence. Farabee scored 21 points of his own this season, in 52 games. This put him on pace for 33 through an 82-game season; an impressive tally given Farabee is only 19-years-old. The young winger will make his debut in the NHL playoffs in the team’s next outing, after a promising rookie season.

Farabee was the Flyers first-round pick in the 2018 NHL Draft, when they selected the winger 14th-overall.

One thought on “FARABEE IN FOR INJURED RAFFL: WILL FLYERS MISS A BEAT?”