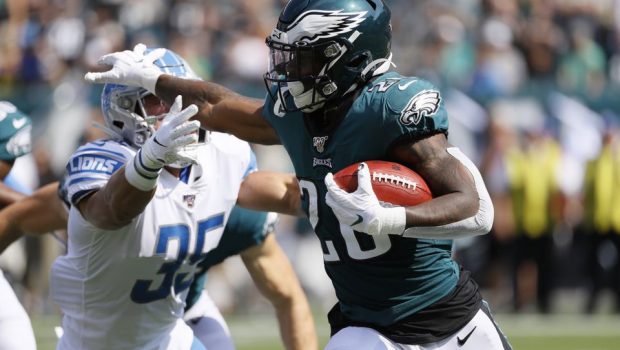 FANTASY OWNERS SHOULD SIT EAGLES WENTZ AND SANDERS THIS WEEK

The Eagles have a real shot to beat the Vikes on Sunday even though they are a 3-point underdog on the road.

Only the Colts’ Jacoby Brissett has a lower yards per attempt (6.4) among qualified passers than the 6.6 Wentz is putting up. Wentz is completing just 60.3 percent of his passes, a mark that is second-lowest in the league, with only Cleveland’s Baker Mayfield (55.9 percent) keeping him from rock bottom.

Jordan Howard has erased any notions of a timeshare in Philly, leaving Sanders as mostly an option on passing downs. Sanders has yet to score on 54 rushing attempts and will struggle against a Vikings defense ranked fourth in fewest fantasy points per game allowed to opposing running backs.