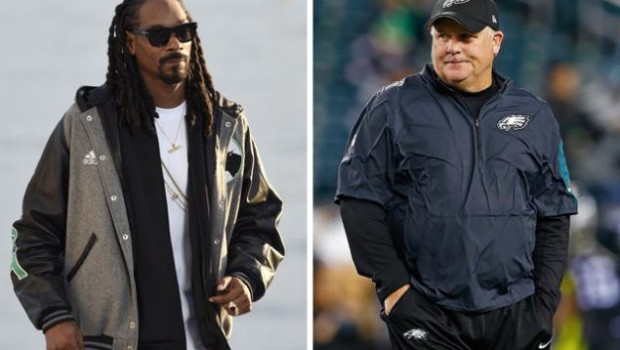 I bet that when Chip Kelly was coach at Oregon Snoop Dogg never pissed on him from a great height.

Welcome to the NFL, Chipper!

Snoop didn’t mince words during a rant, calling out Kelly as his fantasy football team suffered.

“Chip Kelly, kill yourself, you dumba– coach,” the rapper said while spewing hate for Philadelphia’s football team on Instagram, before deleting the post. “You sorry as f–k.”

Snoop was playing a team in fantasy that had the Cardinals’ defense, which gave his opponent at least 18 points as the Eagles lost, 40-17.

In a long-winded scathing, expletive-filled rip of Kelly, a “pissed off” Snoop — while wearing a shower cap — said the coach needs to be “dropped down to little league football” and added that the “sorry a–” Eagles “can’t even get me one or two points so I can win my fantasy league and go to the Super Bowl.”

“I feel for you, Philadelphia fans,” he said.