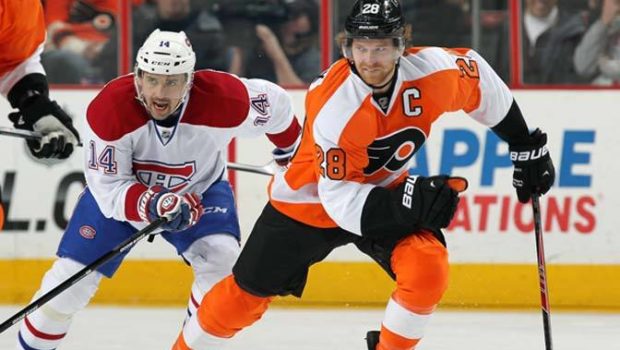 As the Flyers prepare to start the 2016-17 season next Friday, Oct. 14, in Los Angeles, it is worth mentioning that:

The biggest question is when will this young crew bond and find chemistry.

The Flyers found their footing in the second half of 2015-16 under coach Dave Hakstol, and didn’t tinker during the offseason. Claude Giroux and Shayne Gostisbehere are both elite at their position, Wayne Simmonds is the best multi-category fantasy producer in the game, and there is still room for growth with Brayden Schennand others.

Aside from the powerhouse Gostisbehere, Mark Streit, Michael Del Zotto, Radko Gudas and Ivan Provorov will provide a deep defense group that could also provide a second fantasy asset depending on the deployment.

Trending up: Sean Couturier, C: Throw out the first two months of last season and Couturier’s numbers suddenly look like those of a soon-to-be fantasy star. From December on, Couturier posted 34 points in 45 games. The Flyers’ wealth of top-line wingers means Couturier will have some talent at his side no matter how the depth chart shakes out.

Trending down: Jakub Voracek, W: The Flyers got incredible production from a line of Simmonds, Schenn and Giroux after Voracek’s slump never waned last season, forcing Hakstol to demote Voracek. Sure, he could start on the top line again and see his shooting percentage increase, but Vorcaek could also stay on the second line and continue to slump. He’s a fine choice as long as you don’t jump on him too soon expecting a lock for a return to near 80 points.

Goaltender index: 8. Michal Neuvirth was deadly good to close last season out, but Steve Mason’s body of work for the past three seasons can’t be entirely ignored. Mason has posted a terrific .924 save percentage in the past three seasons and has been getting by with little offensive support at times. Mason out-started Neuvirth 53-29 during the regular season, and we are confident that he will continue to lead the way, but with an asterisk that the split might be closer to 41-41. It’s painful and difficult to draft either of them with confidence, but if you already have your goaltending squared away and have room on the bench, flip a coin and stash one in hope they can separate.