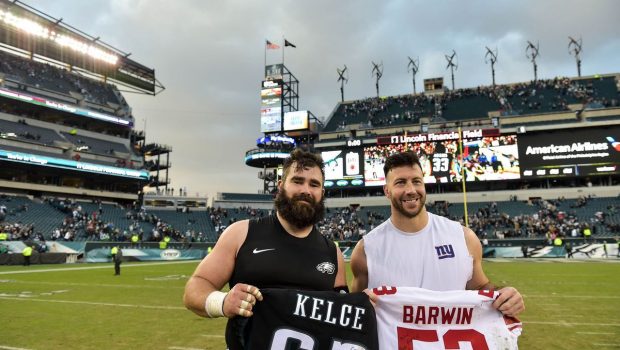 Connor Barwin, the 11-year veteran, is a free agent but is not considering retirement.

He’s still working at Temple with Jason Kelce and waiting to see if the Eagles offer him a deal.

“I’m trying to come back and play for the Eagles,” Barwin told Mike Gregor of Heavy.com. “I’m training right now, and I’ve talked to [Eagles G.M.] Howie [Roseman], and they’re going to see if they need any depth on the edge and so I’m going to wait until camp starts before I sign anywhere else, but obviously I’m not going to wait too long. But the Eagles know that’s where I want to be.”

The one-time Pro Bowl defensive end, who spent four seasons in Philly, posted a photo on Instagram from Lincoln Financial Field last week. It fueled speculation of a possible deal with the Eagles, but talks are not that far along, and Barwin merely was attending a conference at the stadium.

Barwin, who played 26 percent of the defensive snaps last season for the Giants, could replace the recently retired Chris Long as a situational pass rusher. He said he would support Brandon Graham, Vinny Curry and Derek Barnett.

Barwin said he has promised his family that the 2020 season will be his last. First, though, he has to find a job for 2019.