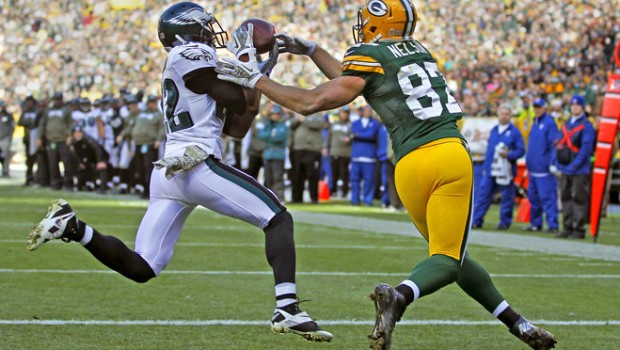 Recently traded nickel back Brandon Boykin took some parting shots at coach Chip Kelly as he was going out the door last Sunday:

No, not exactly Brandon.

The fact is that Kelly doesn’t have the time to go riding with you up and down Pattison Avenue with the music blasting to make sure you are feeling loved.

If he did, he would be greeted with the ghost of Vince Lombardi screaming at the top of his lungs, “What the hell is going on out there”!

When Kelly replaced Andy Reid as Eagles head coach following the disastrous 2012 4-12 season, Kelly tinkered and added some players to go 10-6, in back to back seasons, with essentially the same players.

Those days are over with a team that hasn’t won a playoff game since the 2009 postseason.

So Kelly began to gut the team of Reid’s players and mold the team in his vision — the exact reason he was brought here. It’s not personal, the kind of business that Boykin, DeSean Jackson and Shady McCoy just can’t comprehend, but they should.

We are on the brink of the 2015 season, playing the Colts in a pre-season game August 16 here at the Linc.

And Kelly has turned the roster over more this offseason in his image — bigger defensive backs, more athletic and skilled linebacker group, a new quarterback in Sam Bradford, a No. 1 overall pick in the 2010 NFL draft, who appears to be in great shape the first few days of training camp.