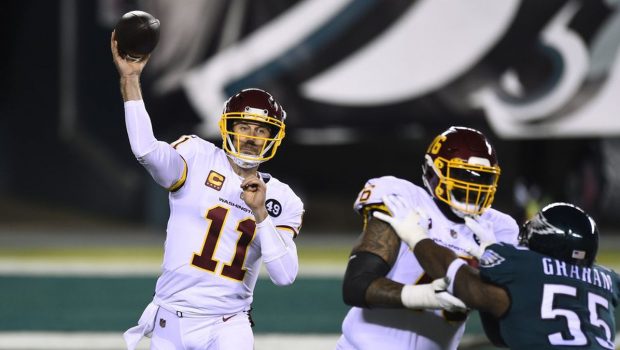 Alex Smith announced in an Instagram video that he is retiring.

The 36-year-old Smith made clear that he is happy that he is now able to leave the game his own way, and not on a stretcher, as it appeared he was going to when he suffered that leg injury in 2018.

“Two years ago I was stuck in a wheelchair, staring down at my mangled leg, wondering if I would ever be able to go on a walk again or play with my kids in the yard,” Smith said.

“On a routine play, I almost lost everything. But football wouldn’t let me give up. Because, no, this isn’t just a game. It’s not just what happens between those white lines on a Sunday afternoon. It’s about the challenges and the commitment they require. It’s about how hard and how far you can push yourself …”

QB Alex Smith announces on Instagram that he’s walking away from the game. A heartwarming video https://t.co/0jw8ZLtkMw