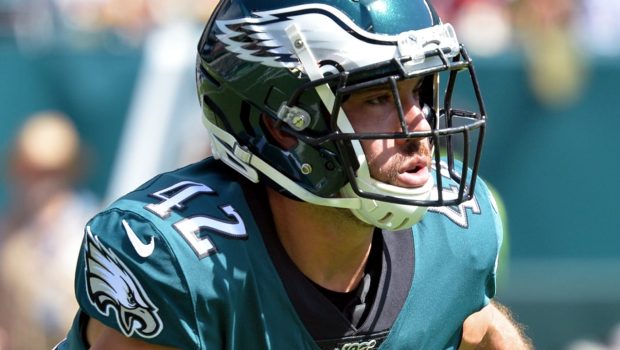 EX-VIKE SENDEJO GIVES EAGLES AN INSIDE EDGE ON SUNDAY!

The Eagles take their 3-2 frecord out for a spin in Minny on Sunday — they are 3-point dogs to the Vikes.

And they’re looking for an edge, any edge, that can help them on the road.

After eight seasons with the Vikings, safety Andrew Sendejo is now an Eagle, and offensive coordinator Mike Groh has some thoughts:

“[H]e was there a long time,” Groh said yesterday. “He knows the calls. They played against us before, so you just — he’s in our system now defensively so it’s not as fresh to him, but there are some things here and there that he might remember.”

The two teams squared off less than two years ago in the NFC Championship, with the Eagles advancing to the Super Bowl. Last year, Minnesota beat the Eagles in Birds during the regular season.