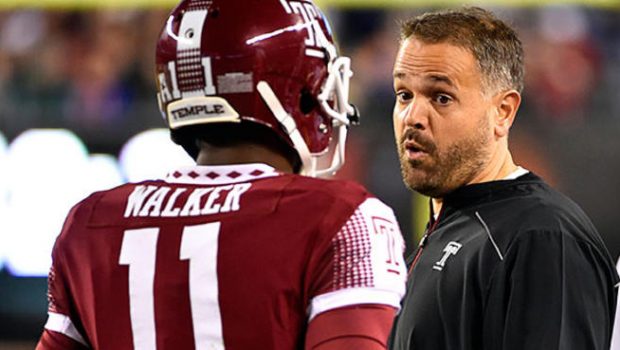 Former Temple coach Matt Rhule has landed on his feet yet again.

Rhule, who was fired by the NFL’s Carolina Panthers in October, was named Nebraska’s new coach.

Rhule, 47, was less than three seasons into his seven-year, $62 million deal with the Panthers when he was fired after a 1-4 start to this season. Overall, he was 11-27 with Carolina, and the team went 1-27 when allowing 17 or more points.

He was still owed more than $40 million when he was fired by the Panthers.

Despite being financially stable, Rhule said he had two reasons for getting back into coaching.

Rhule had a reputation for turning programs around. In his third season at Temple, the Owls went 10-2 in the regular season. A year later, he led the program to its first conference championship since 1967.