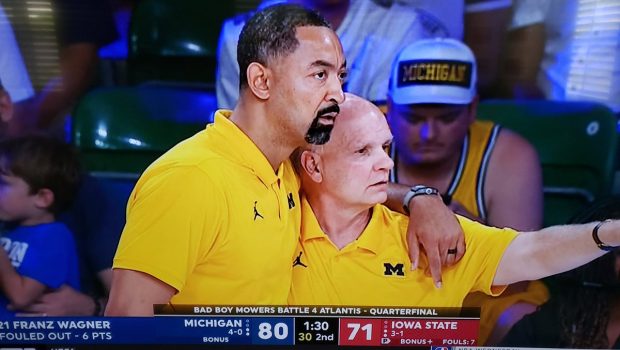 Michigan basketball coach Juwan Howard has been suspended for the rest of the regular season and fined $40,000 for striking an opposing coach at the end of the Wolverines game against Wisconsin Sunday.

Howard’s suspension would not include the Big Ten tournament or any other postseason games.