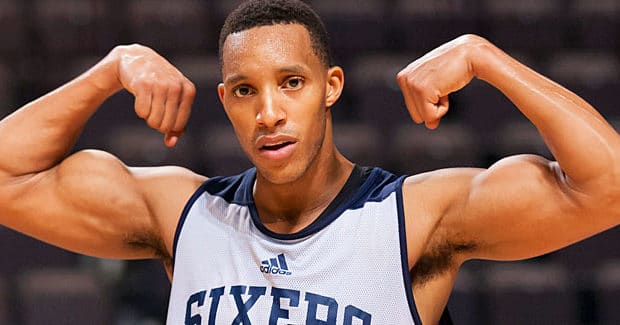 If you want proof that NBA players are overpaid, try this on for size:

The deal cannot be officially signed until July 7, when a league-wide moratorium on signings and trades is lifted.

Turner, 27, settled into a reserve role this past season (with Isaiah Thomas elevating to starting point guard) and finished fifth in NBA Sixth Man of the Year voting.

Known for his ability to create off the dribble, especially pulling up from the midrange, Turner often poked fun at himself for shooting just 14.5 percent beyond the 3-point arc before the All-Star break. He then went out and shot 52.4 percent from long distance over the final two months of the season.

Before rejuvenating his career in Boston, the 6-foot-7 Turner was the No. 2 pick in the 2010 draft by the Sixers. With the Celtics, Turner embraced his supporting role and endeared himself to his coach and teammates with his personality. Turner also cemented his reputation as one of the most quotable players in the league.