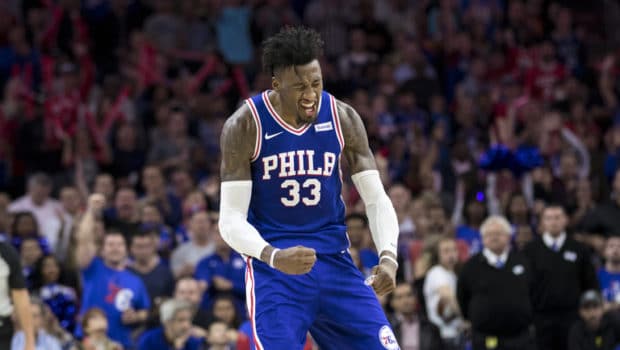 EX-SIXER ROCO HAS A BUM KNEE AND NOBODY WANTS HIM!

The Sixers traded Robert Covington and Dario Saric to the T’Wolves last November for Jimmy Butler.

He is one of the most valued 3-and-D players in the league, but after a knee issue forced him to have surgery in April, the Wolves were offering him around at the draft as they looked to move up.

Depending on his return to health, league executives believe he could be on the market again .