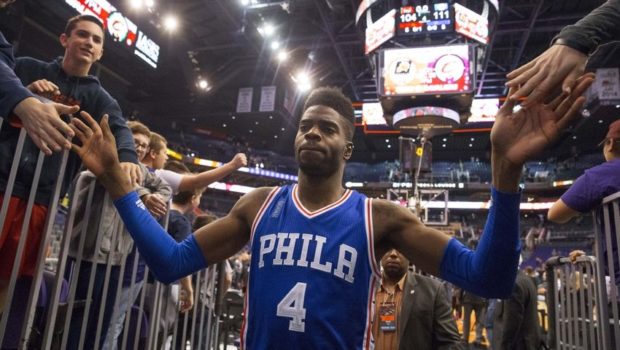 The Knicks are trading Nerlens Noel, Alec Burks, two future second-round picks, and cash to the Pistons, according to ESPN’s Adrian Wojnarowski.

With pending free agent point guard Jalen Brunson being the Knicks’ target this offseason, the team had to free up additional cap space.

Hence this move, with Noel and Burks being moved to Detroit with two second-round picks (2023 that DET originally sent to NYK; 2024 via Miami) and $6 million cash being added to sweeten the deal.

After playing well during the 2020-21 campaign Noel was limited last season due to injuries, appearing in just 25 games.

When healthy Noel can be an asset as a backup center, but there’s no guarantee that for a player who’s surpassed the 70-game mark just twice in his NBA career.

Noel is heading into the final guaranteed season of his current contract (team option in 2023-24), and his future in Detroit may be impacted by whether or not the Pistons make a run at Deandre Ayton in free agency.