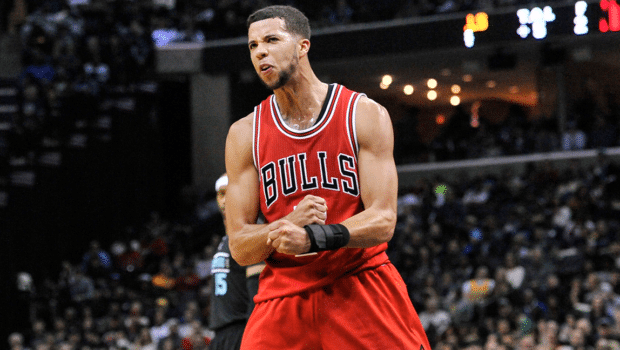 EX-SIXER MCW: ONCE ROOKIE OF THE YEAR, NOW A STUMBLEBUM!

Michael Carter-Williams was Sam Hinkie’s first big decision when he was drafted in 2013 with the 11th overall pick.

Now he is the equivalent of an NBA stumplebum!

Carter-Williams had averaged at least 30 minutes in each of his first three years.

“I think my game has matured,” he said. “I think I’m more of a leader on the floor. I try to do all of the little things. I think my overall game has improved. I’m playing a different role, so it may not seem that way.”

The No. 11 overall pick in the 2013 draft after two seasons at Syracuse, Carter-Williams earned NBA Rookie of the Year honors as a Sixer for averaging 16.7 points, 6.3 assists, 6.2 rebounds and 1.9 steals.

Carter-Williams burst upon the professional scene with a 22-point, 12-assist, 7-rebound, 9-steal performance in a season-opening victory over LeBron James and the defending champion Heat. Magic Johnson proclaimed him the Rookie of the Year front-runner based on that game.

Asked where that ranks among his NBA highlights, he smiled and said, “That’s high up there. Maybe besides being drafted, that might be my favorite moment, for sure.”

Former Sixers general manager Hinkie dealt Carter-Wiliams to the Bucks at the 2015 trade deadline in exchange for a protected Lakers pick. Hinkie apparently concluded Carter-Williams’ value would never be higher coming off of his strong rookie campaign and received maximum value in return.