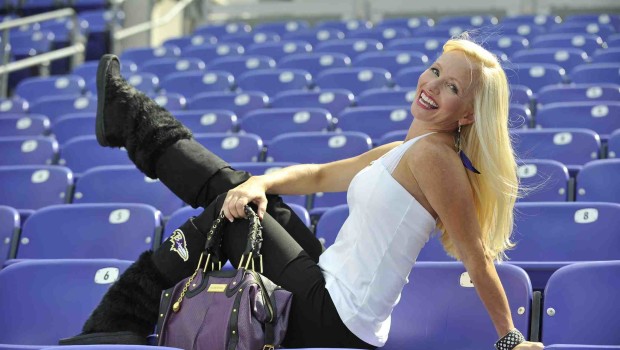 A former Baltimore Ravens cheerleader is paying the price for raping a 15-year old last summer at the beach.

Molly Shattuck must spend every other weekend in a Delaware work-release detention center for nearly two years, a judge decided in sentencing her for having raped a 15-year-old boy in Bethany Beach last summer.

Shattuck, 48, broke down in sobs as she apologized for the sexual offense. The Baltimore socialite and onetime NFL cheerleader pleaded guilty in June to one count of fourth-degree rape, an offense with a maximum sentence of 15 years but no mandatory minimum.

Shattuck was arrested in November on charges of third-degree rape, unlawful sexual contact and giving alcohol to minors; a plea deal later reduced the charge to a less serious rape offense. Police said she performed oral sex on the boy, a minor, over Labor Day weekend at a Bethany Beach summer home.

Shattuck, according to court records, had struck up a friendship with the boy — a minor not legally capable of consenting to sex with her — over social media earlier that year, and over the summer their encounters turned sexual.