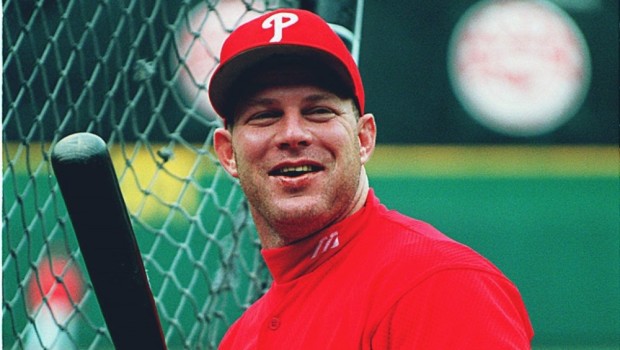 EX-PHILLIES GREAT DYKSTRA DROPS THE DIME ON HIS METS MATES!

It’s been more than 20 years since Lenny Dykstra roamed center field for the Phillies and helped them to the 1993 World Series.

But he has always had a penchant for staying in the news.

Dykstra was a three-time MLB all-star who won a World Series with the 1986 Mets and batted .348 in the 1993 fall classic for the Phillies.

In his new book, “House of Nails: A Memoir of Life on the Edge” (Harper Collins), out today, Dykstra documents how he would do anything to get an edge, from digging up dirt on umpires to taking steroids. Here, the man known as “Nails” pulls no punches on some of his former teammates and even his former manager, Davey Johnson.

Dykstra on former Mets manager Davey Johnson: He was a lucky manager. He was drunk every night and frequently hung over just enough the next day to not always know what was going on. That, and he was probably the worst communicator I’ve ever been associated with in baseball, and that includes a lot of f–king people! Other than all that, Davey was great. Ha!

On Mookie Wilson: He was a great guy, by the way, though he had terrible breath. I’m talking death fumes.

On George Foster: Foster was a strange guy. Talk about a human Xanax. I am falling asleep just thinking about him. Talking to George Foster was like attempting to hold a a conversation with a piece of furniture. . . . When Davey [Johnson] announced that Kevin Mitchell was going to be our new left fielder, Foster charged that the Mets were being racist. The only problem with that story? Kevin Mitchell was black, too.

On Kevin McReynolds: Kevin was an honest-to-God redneck from Arkansas — and also happened to be one of the most talented players I’d ever seen on the field. The only problem was that he hated baseball. F–king hated it. All he wanted to do was be on his duck farm and in that hunting lodge of his in Arkansas.

On Johnson’s decision not to start ace Dwight “Doc” Gooden in Game 7 of the 1988 NLCS, which the Mets lost 6-0: Another clusterf–k move. To make matters worse, Davey announced that Doc would be available out of the bullpen. WTF? If he was available out of the bullpen, he should have gotten the ball to start Game 7. For the record, Doc pitched three innings in Game 7, and gave up one hit. Davey single-handedly set off a time bomb that would dismantle the organization for years to come.

On Gregg Jefferies: It didn’t take the players long to figure out Gregg Jefferies was a losing player, not to mention a whiny little bitch. He would spend hours rubbing his bats with some special concoction and specifically requested that they be stored separately from the rest of the team’s bats so they didn’t chip.