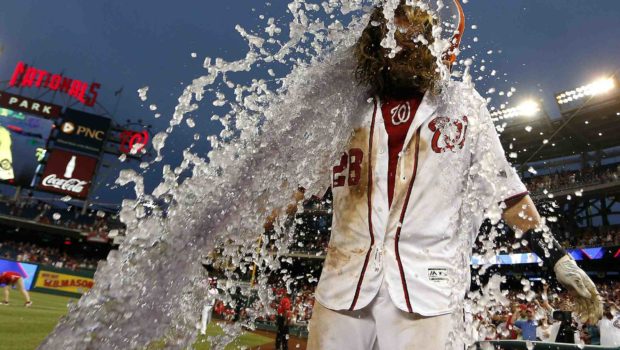 EX-PHILLIE WERTH GETS A BATH, TELLS CRITICS TO ‘KISS MY ASS!’

The Nationals defeated the Cubs last night thanks to Jayson Werth’s walk-off single in the 12th inning. He was pumped. It was his second walk-off hit of the week.

After Werth essentially had his entire uniform torn apart in the celebration, he joined MASN on-field reporter Dan Kolko for an interview. Werth, whose answers were being broadcasted on both live TV and the stadium’s speakers, couldn’t stop cursing.