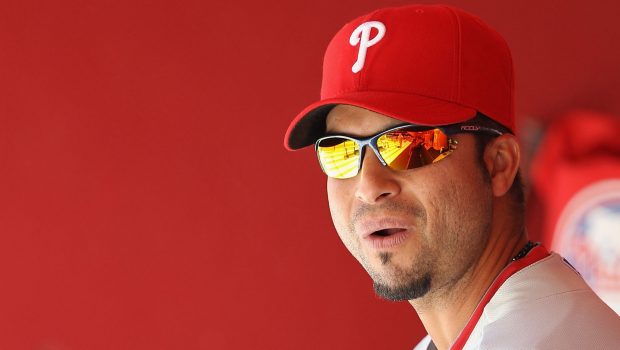 EX-PHIL JUAN CASTRO WILL COACH THE INFIELD IN 2020

As the Phillies consider former outfielder Matt Stairs as hitting coach, they brought in another former player as infield coach:

Juan Castro was hired to be manager Joe Girardi’s infield coach in 2020, replacing Bobby Dickerson, who joined the Padres as their new bench coach.

Castro, 47, played 54 games for the Phillies in 2010. He is the first former Phils player to be on the coaching staff since former hitting coach Stairs in ’17. Castro joined the organization last year as its Minor League infield coordinator. Castro is managing the Mexican national team in the WBSC Premier 12, a qualifying tournament for the Tokyo 2020 Olympics.

The Phillies continue to search for a new hitting coach. The team dismissed John Mallee in August. Charlie Manuel replaced him on an interim basis. Nationals assistant hitting coach Joe Dillon is one candidate for the job.

The Phils hired Bryan Price to be their new pitching coach on Oct. 31.