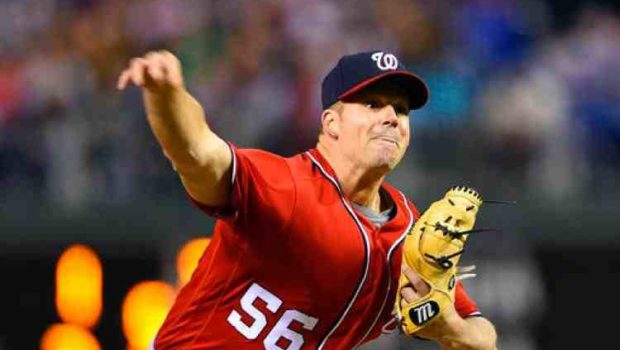 When Bryce Harper gave up his frantic but fruitless pursuit of Cesar Hernandez’s flyball, Joe Blanton turned back to the pitcher’s mound and convulsed as he hollered into the afternoon air, helpless to do anything else after the decisive home run in the Washington Nationals’ 4-2 loss to the Phillies flew out to right-center field.

As evidenced by the relative ease with which Blanton retired the batters around Hernandez in the eighth inning, he does and should expect better. As evidenced by his frustration, the veteran has disappointed so far. Outside of the three scoreless innings he threw in relief of Jeremy Guthrie last week, Blanton has given up seven hits in four inning s — three of them home runs: