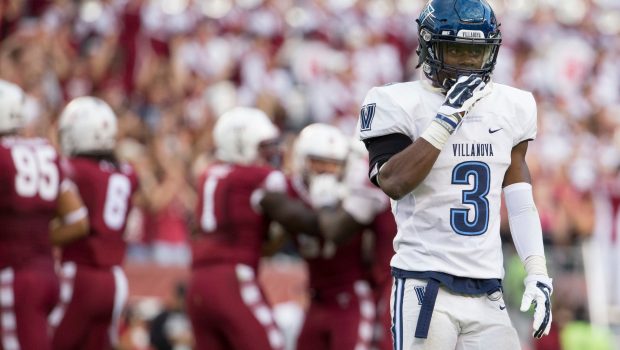 A former Villanova football player has filed a class-action suit arguing that the organization and its member schools had violated minimum wage laws, the New York Times is reporting.

Trey Johnson, a former Villanova defensive back who is playing in the Canadian Football League, is suing the NCAA and many of its member schools, accusing them of violating minimum-wage laws by refusing to pay their athletes.

Other efforts to force colleges to treat athletes as employees have failed. This suit, filed yesterday in the United States District Court for the Eastern District of Pennsylvania, argues that athletes’ hours are tracked in the same way as those of students in a work-study program, and that if student ticket-takers, seating attendants and concession workers are being paid at least a minimum wage, the players performing on the field should be, too.

“The N.C.A.A.’s recent move to permit student athletes to benefit from their name, image and likeness illustrates that the untenable amateurism model is simply a smoke screen used to protect the pockets of the N.C.A.A. and its member schools,” said Michael J. Willemin of the Manhattan firm Wigdor Law LLP. “By refusing to pay athletes the minimum wage, the N.C.A.A. is essentially saying that it is O.K. for athletes to be paid, as long as someone else is cutting the check.”

The N.C.A.A. did not immediately respond to a request for comment.