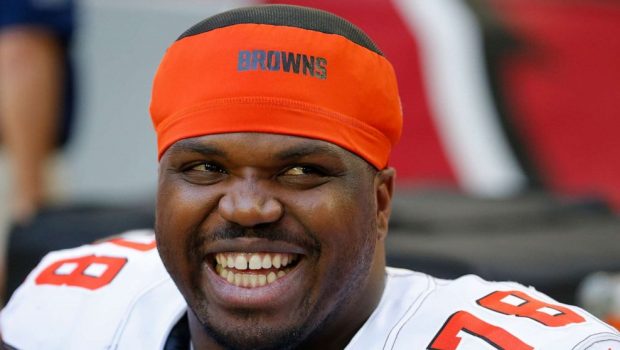 Ex-NFL offensive tackle Greg Robinson remained in a West Texas jail without bond yesterday after federal agents said they found 157 pounds (71.21 kilograms) of marijuana in a rented vehicle in which he and two other people were riding.

The former Browns lineman and Jaquan Tyreke Bray were in the El Paso County Detention Center after federal authorities charged them with conspiracy to possess marijuana with intent to distribute it. Both were held without bond pending an initial appearance before a U.S. magistrate judge.

If convicted, both could be sentenced to up to 20 years in federal prison.It was unclear from jail and federal court records if they had attorneys.