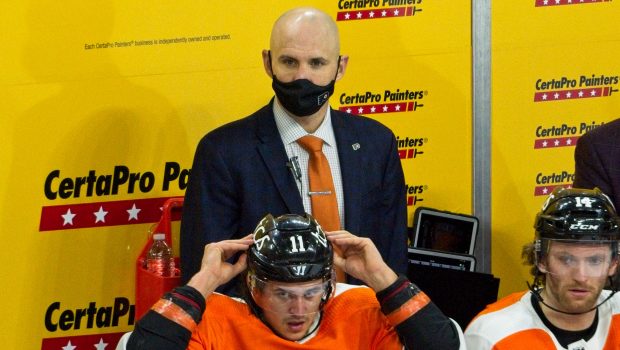 Ian Laperriere has been named coach of the Flyers’ American Hockey League affiliate in Lehigh Valley.

The 47-year-old was an assistant coach with the Flyers the past eight seasons.

“He has been an extremely dedicated individual to the Flyers organization and has shown a strong work ethic as a player, development coach and an assistant over the last 12 years for us,” Flyers GM Chuck Fletcher said. “We are excited to have him at the forefront of developing our prospects, preparing them to reach the NHL and bringing success to Lehigh Valley.”

Laperriere scored 336 points (121 goals, 215 assists) as a forward in 1,083 NHL games in 16 seasons with the Flyers, Colorado Avalanche, Los Angeles Kings, New York Rangers and St. Louis Blues. He played 82 games for Philly in 2009-10 but sustained a concussion when he was hit in the face blocking a shot in Game 5 of the Eastern Conference Quarterfinals at the New Jersey Devils and never played again.