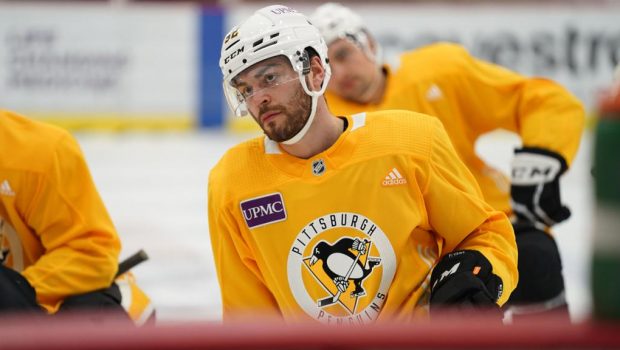 Mark Friedman spent more than six years with the Flyers after being selected in the 2014 draft.

The 25-year-old had an eventful night, pouncing on a loose puck in the slot and beat Elliott 3:20 into the first for the first goal of his NHL career.

Friedman left in the second period when he tried to line up Philly’s Nolan Patrick for a hit only to be knocked to the ice after slamming into Patrick’s right shoulder.

Penguins captain Sidney Crosby assisted on Friedman’s goal and played 21:08 in his return after missing one game due to the NHL’s COVID-19 protocols. Crosby didn’t participate in the optional morning skate and wasn’t cleared until about two hours before the opening faceoff.

“It’s just kind of been a day-to-day thing to be honest with you to figure out the process,” Crosby said.

Pittsburgh assistant coach Todd Reirden, who also missed Tuesday night’s loss after being placed in the COVID-19 protocol, returned to his usual spot on the bench.