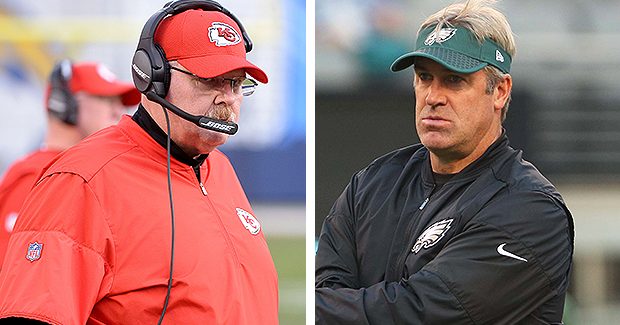 Tomorrow night, Reid will take his 5-0 Kansas City Chiefs into Gillette Stadium for a showdown against Bill Belichick and the New England Patriots.

The two coaches have defined their era, with obvious domination in Belichick’s case and with subtle impact in Reid’s.

Belichick is the greatest coach in modern football. Reid may be the most important.

In his 20th season as a head coach, Reid, 60, has become one of the most influential figures in the NFL. Seven former assistants are current head coaches, including reigning Super Bowl champion Doug Pederson of the Eagles. That means a quarter of the league’s franchises are coached by Reid or somebody who learned under him: