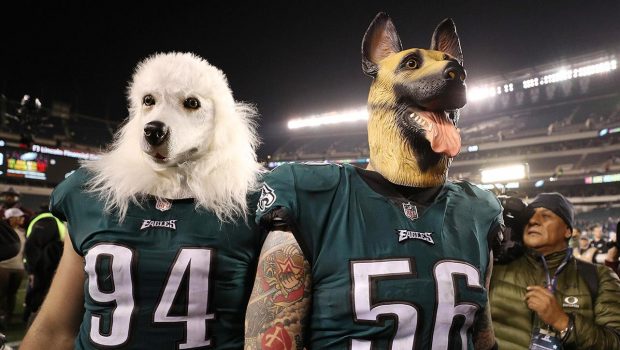 NFL training camps don’t open for another two and a half weeks or so.

So what did a couple of ex-Eagles teammates do with their spare time?

Buccaneers defensive tackle Beau Allen had never ventured out of the country when good friend and former Eagles teammate Chris Long invited him on Long’s annual trek to the summit of Mount Kilimanjaro in East Africa.

The 12-day trip, including a five-day climb to Africa’s highest point, took place this spring as part of Long’s Waterboys project to raise awareness and funds for clean drinking water in Tanzania.

The 16 current and former NFL players and military veterans were led by Phillip Quintana, a Marine Corps veteran whose left leg was amputated above the knee after his vehicle struck an IED while he was serving in Afghanistan in 2005.

Allen, a six-year veteran, told Greg Auman of TheAthletic.com that he lost 21 pounds and part of a nail on his left big toe. His toe is fine, and Allen regained 12 pounds by the time he weighed in at the Bucs’ facility days later.

Allen called the trip “fun, rewarding and exhilarating.” The best part for Allen, though, was being with kids in the villages and representing Waterboys.