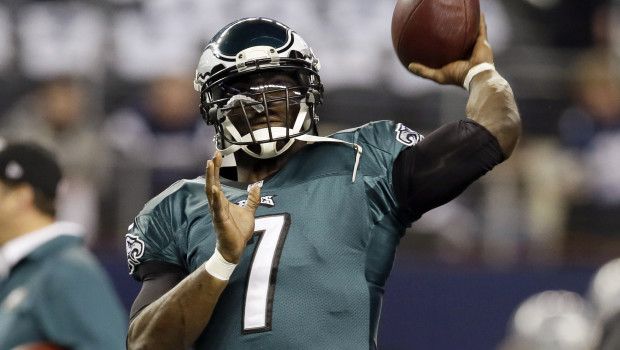 The NFL named ex-Eagles quarterback and convicted dog-killer Mike Vick as one of the 2020 Pro Bowl Legends Captains for the all-star game to be played during the weekend between the conference championships and the Super Bowl.

At the press conference held at the conclusion of the league’s quarterly ownership meetings, Commissioner Roger Goodell addressed whether the assignment would be rescinded.

“[O]ver the last what is it? Nine years or so? I have supported Michael, and I think his recognition of a mistake that he made,” Goodell told reporters. “He’s paid a heavy price for that. He has been accountable for it. He’s worked aggressively with the Humane Society and other institutions to deal with animal rights and to make sure people don’t make the same mistake he made. And I admire that. I know that there are people out there who will never forgive him. He knows that. But I think this is a young man that has really taken his life in a positive direction, and we support that. So I don’t anticipate any change, no.”

Some would say Vick didn’t make a “mistake,” but that he engaged in a multi-year lifestyle of dogfighting, which included training dogs to fight, actively participating in dog fights, and killing dogs deemed unfit to fight. And while he indeed spent time in prison for federal crimes related to dogfighting and gambling, Vick at no point faced criminal legal scrutiny for multiple instances of animal cruelty arising from the killing of dogs that were deemed to lack the requisite ferocity to fight other dogs to the death. Inexplicably, the Virginia prosecutor failed to obtain an indictment on those charges, despite a signed, written admission from Vick that he had indeed killed dogs that were judged to be too weak and placid to fight other dogs.

Dozens of former players had the requisite skill and fame to justify an assignment as a Pro Bowl Legends Captain. Why Vick?

Yes, he paid his debt to society — or at least part of that debt. Does that wipe the slate clean? Does it erase the abhorrent actions that were the product not of an isolated bad decision but of the creation and maintenance of a dogfighting (and dog killing) operation at a rural estate in Virginia?

Some believe it does. Others believe it doesn’t. From the league’s perspective, why invite the scrutiny that goes with acts of animal cruelty that would be regarded by many football fans as unforgivable?

Regardless of the football redemption he enjoyed (which but for the possession of a high degree of God-given abilities never would have happened), Vick did horrible, terrible things to dogs. Reasonable minds can differ on whether those horrible, terrible things done to dogs can be expunged by a prison term and adherence to the various requirements imposed upon him by the NFL in an effort to make amends for his behavior.

Reasonable minds also can differ on whether the league’s ongoing embrace of Vick is admirable or tone deaf.