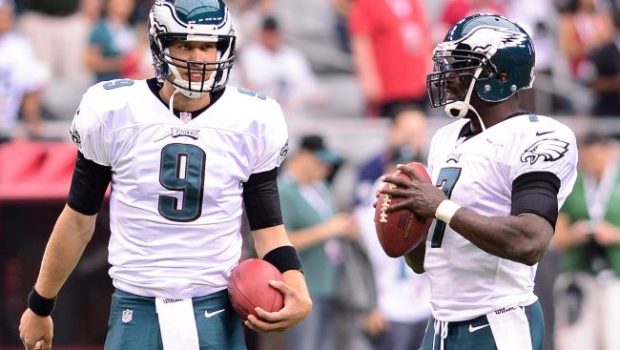 Michael Vick saysthat Nick Foles, the Eagles’ fill-in starter after Wentz’s season-ending ACL tear, “can get it done” and take the Birds “deep in the playoffs.”

“I know this last past week was difficult for the team,” said Vick, who played alongside and was replaced by Foles in 2013, on 94WIP. “But optimism and your belief in what you have right there at the moment is most important. I think this team has a chance of going deep in the playoffs. Nick Foles has experience. He can get it done.”

Foles spent three seasons with the Eagles at the start of his career before being traded to the then-St. Louis Rams, and he has an opportunity to “save an entire city that’s yearning for a championship” as he replaces Wentz.

Vick, who backed up Foles during Philly’s last playoff appearance in 2013, said he doesn’t “expect to see anything out of Nick Foles [other than] a ton of confidence.”