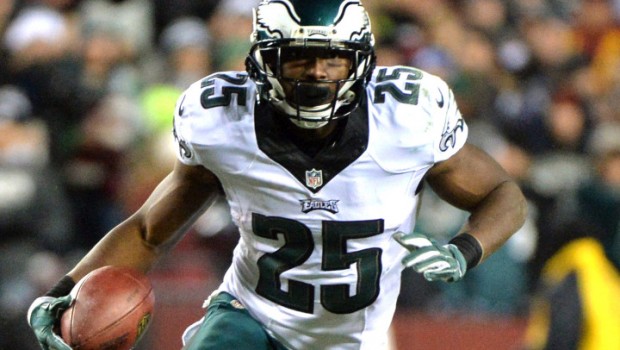 LeSean McCoy reflected today on how the incident affected how he approaches his life as a star NFL player.

“I had a long talk with Mr. Goodell about the incident, just sitting back and viewing the whole situation,” McCoy said after Bills players reported to St. John Fisher College for training camp. “As a leader, the guy that I want to be for this team, things like that just can’t happen. There’s no excuses for it.

“You don’t hear about other guys like Peyton Manning or Tom Brady getting into incidents like that. So I think sometimes you get so lackadaisical about being successful as a football player, and then you let all the minor, small things go. In a situation like that, [if] you got security or you got even off-duty officers working for me at the time, and this thing never even gets out of hand.”

McCoy admitted he was “curious” as he awaited the results of the Philly district attorney’s investigation and the NFL’s separate probe into the incident. Prosecutors decided in April not to charge McCoy or his friends, while the NFL announced earlier this month that McCoy would not be disciplined after the Pennsylvania attorney general’s office completed its review of the district attorney’s decision.

“It was a bad situation just to be in at that particular time,” McCoy said Friday. “Nothing I could do though. But at the end of the day, like I said before, I called my owners, my coaches to let them know exactly what happened. I’m an honest person. I’ve never been in trouble a day in my life. I’m from nothing, a hard-working family.

“I tell everybody I was honest, and I was right. I didn’t do anything wrong. That was obvious. Y’all read it, y’all seen it. Nothing came out of it. It just sucks that your name gets dragged into so much negative press for just being in a situation that you have nothing to do with. But that’s life. I have nothing to complain with. It is what it is.”

McCoy said he returned his hometown of Harrisburg to train this offseason and “put all the Bentleys and Rolls Royces away, and got to work.” He reported to training camp at 210 or 211 pounds, which the eighth-year running back believes is his lightest weight since his second season in 2010.

“I got lots to prove this year,” he said. “A lot of people doubting me, doubting this team, this offense. I’m big into answering a lot of doubts. So I’m happy to be here to get it done.”