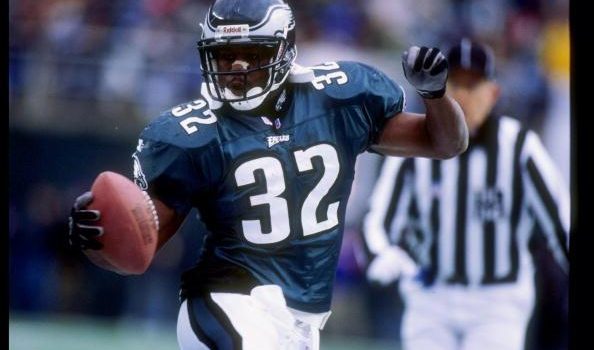 EX-EAGLE RICKY (‘FOR WHO, FOR WHAT’) WATTERS ON HOF SEMI LIST!

Former Eagles running back Ricky Watters — who played in Philly from 1995 through 1997 and is best known for his dimwitted comment “For Who, For What” when he was criticized for not putting his body at risk to catch a pass — is a semifinalist for the Pro Football Hall of Fame.

Three first-year eligible players were among the list of semifinalists for the Pro Football Hall of Fame class of 2020:

The initial list of 122 nominees was pared to 25, and that group includes first-timers including safety Troy Polamalu, wide receiver Reggie Wayne and linebacker Patrick Willis.

There’s a little more room for new faces than in past years, since the Hall has siphoned off coaches and contributors as part of a Centennial Class which is voted upon separately.

That group will be voted to 15 finalists, which will be announced in January, with the final deliberations and voting for a class of five modern inductees to be conducted the day before the Super Bowl.