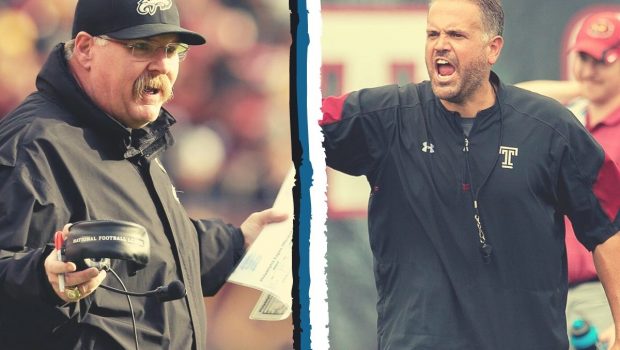 Chiefs coach Andy Reid, who led the Eagles to a Super Bowl in 2005, now admits he was “dumb” for not hiring ex-Temple coach Matt Rhule when he had a chance.

For six seasons while Reid was coach of the Eagles, Rhule was an assistant at nearby Temple. Reid’s son spent time as a graduate assistant for the Temple football program, and told his dad what a great addition Rhule would be to the Eagles’ staff, but Reid didn’t hire him, and Rhule took a job on the division rival Giants’ staff.

“Which was a dumb thing,” Reid said, via ESPN. “I should have found a spot. The next thing I know, he’s with the Giants. I was, ‘My god, that was not where I wanted him to go.’”

Reid’s son knew Rhule was going to do big things in coaching.

“My son just kept saying, ‘This guy is an unbelievable football coach,’” Reid said. “‘He’s just so smart. He knows both sides of the ball. He can coach anything. I’m just telling you, he’s a star down the road.’ At the time I had a good staff and I didn’t have room to bring somebody in. There was no space, period.”