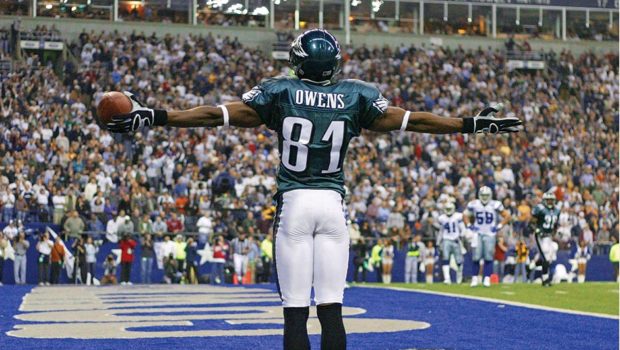 At the height of Terrell Owens’ career, three teams – the San Francisco 49ers, Eagles and Dallas Cowboys – all were willing to let him go. I don’t count his stints with the Bills (in 2009) or the Cincinnati Bengals (2010), because his skills had declined by then. For the Bills, he was more of a gimmick to try and drum up ticket sales than a true solution to help make the team better.

But Owens’ inability to stick with the Niners, Eagles, and Cowboys is significant because it goes to the heart of the problem that numerous people with whom I have spoken about him have: He was a horrible teammate:

Vic Carucci: Why I didn’t vote for Terrell Owens for the Hall of Fame