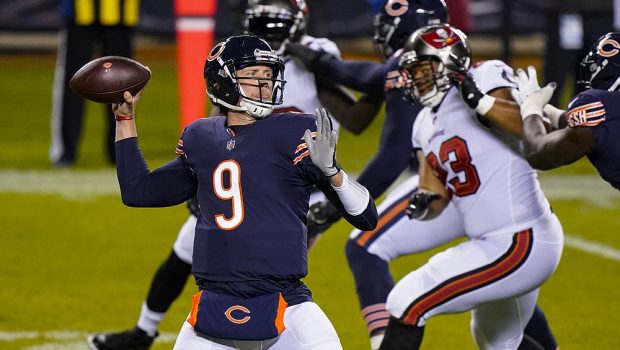 EX-EAGLE NICK FOLES HAS TOM BRADY RIGHT WHERE HE WANTS HIM!

However, the new Bears starting passer downplayed the snub by pointing out the restrictions in place to the coronavirus (COVID-19) pandemic, per Andrew Perloff of The Dan Patrick Show:

“I didn’t realize the camera was on me,” Foles said. “I was looking for him real quick. We’ll find a time down the road.”

The NFL has put a ban on any non-distancing interactions after games, which in clues any handshakes or hugs. The recent memo put out by Commissioner Roger Goodell provided teams with another reminder of the repercussions of violating any of these rules. It is safe to say that this played a part in the lack of interaction between the two quarterbacks.

Regardless, Brady will continue to garner criticism due to the loss and his track record against Foles in the past, despite the two now on new teams in the Buccaneers and Bears, respectively. It is no secret that he already has his number being just a few years removed from leading the Eagles to a Super Bowl victory over the New England Patriots. Fans and media alike will continue to poke at this angle for as long as the p[air continue to square off.

The Bears have surpassed expectations with their 4-1 start to the 2020 NFL season. Meanwhile, Brady and the Buccaneers’ offense will look to take advantage of their extra rest ahead of Week 6.