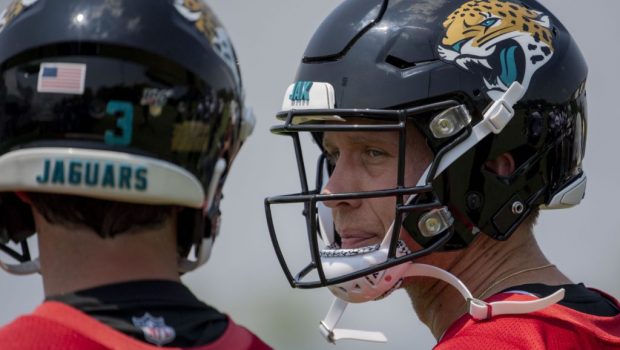 Want to know how ex-Eagles super-sub QB Nick Foles is doing with the Jags?

Observation: Nick Foles talked to a receiver or receivers after every pass he threw in this practice.

There wasn’t a play that Foles walked away and was in his own world.

After practice, Foles, a devout Christian, gathered some of the (presumably) Christian players on the team, maybe 15, and they broke down the huddle by saying, “1-2-3-Jesus!”

He’s assumed a major leadership role, whatever that means, very early on in the process here.