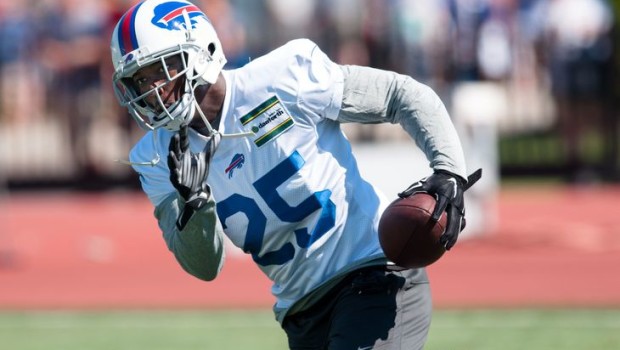 Former Eagle running back Shady McCoy burned every bridge within a 1,000-mile radius of Philly when Chip Kelly traded him last March to the Buffalo Bills.

First he accused Kelly of racism.

Then he shut up after everyone besides Stephen A. Smith came to Kelly’s defense.

Then he kept quiet, realizing that he was making a fool of himself.

So, what’s happened now that he is required to exercise his legs instead of flapping his gums?

He pulls a hammie!

McCoy limped to the locker room yesterday with an apparent left leg injury during a joint practice with the Cleveland Browns.

McCoy, 27, has a strained hamstring and is set to undergo an MRI to determine the extent of the injury.

Bills coach Rex Ryan said McCoy’s hamstring is intact and that no separation from the bone occurred.

McCoy reached for the area near his hamstring after a play about halfway through the practice. He briefly sat on the ground, surrounded by trainers.

The Bills were down to two healthy running backs by the end of practice: undrafted rookies Bronson Hill and Ricky Seale, who was signed Tuesday.