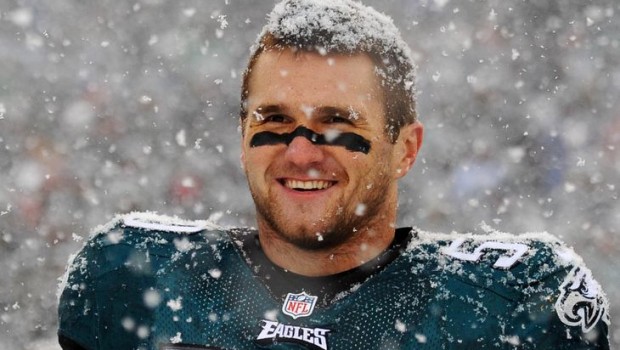 EX-EAGLE MATTHEWS, ANOTHER WASTED REID PICK, OUT FOR SEASON

When former Eagles boss Andy Reid drafted Casey Matthews, a linebacker out of Oregon back in the NFL draft’s 2011 fourth round, he identified Casey’s lineage as one of the reasons they wasted a pick on someone no other team wanted.

As it turned out, Casey was about the only members of the esteemed Matthews family who didn’t have the props to play in the NFL, and Chip Kelly let him go last off-season.

Now the Vikings, who picked him up as a free agent, have placed him on season-ending injured reserve because of a hip injury suffered while jumping over a hurdle during the team’s offseason conditioning program.

Matthews, the sixth of seven from the Matthews clan to play in the NFL, was signed via free agency during the offseason. Eleven of his 15 career starts came last year with the Eagles. The five-year veteran would have provided depth at linebacker and help on special teams.