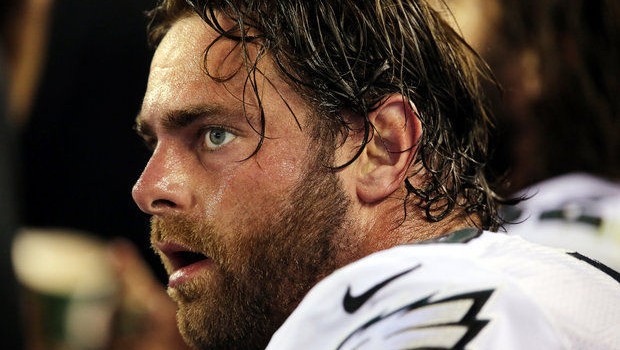 EX-EAGLE MATHIS MAY TAKE HIS TIME PICKING A NEW TEAM

At least that’s the spin his agent, Drew Rosenhaus, is putting on the soon-to-be-34-year-old’s future in the NFL.

The Eagles released Mathis last week after more than a year of the veteran pushing for a new contract with the organization, leaving the Eagles to find a new starting job and Mathis to find a new team.

Rosenhaus said that Mathis might not sign with that team in the immediate future. While appearing on The Joe Rose Show on WQAM in Miami, Rosenhaus said that “at least half a dozen” teams have already reached out to him about Mathis’s services and that they would take their time weighing their options.

“It’s wide open and there’s a lot of interest in Evan,” Rosenhaus said. “Between now and the start of training camp, I definitely expect him to have a new home. I think we’ll be methodical, we won’t necessarily rush into signing immediately.”

Rosenhaus wouldn’t name any of the teams, saying only that he’s heard from “the usual suspects” when asked about interest from the Dolphins, and wouldn’t say what would be the most significant factor in Mathis’s ultimate decision.

Given his desire for a contract that would pay him more than the $5.5 million he was set to make with the Eagles this year, however, it seems likely that he’ll be trying for more and that may be part of the reason for an extended timeline to find his next home.