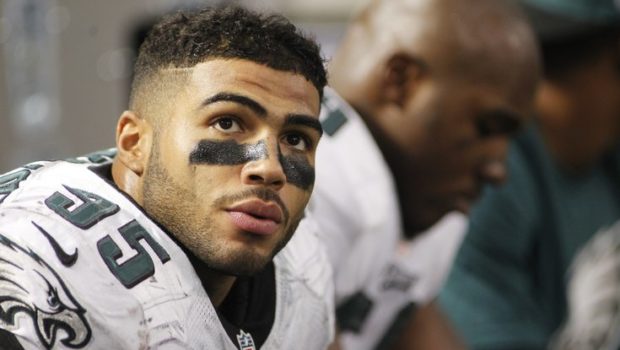 EX-EAGLE MYCHAL KENDRICKS CUT BY BROWNS: IS HIS CAREER OVER?

Ex-Eagles linebacker Mychal Kendricks’ NFL career may be over.

The Browns released Kendricks yesterday after he was charged with insider trading by federal prosecutors to make nearly $1.2 million in illegal profits on four major investments four years ago.

In a statement, the Browns said they were aware of Kendricks’ involvement prior to signing him to a one-year deal in June, but “circumstances have changed” and the team has elected to release him.

Kendricks apologized earlier Wednesday in a statement shortly after the announcement by U.S. Attorney William McSwain, admitting to insider trading and saying he accepts “full responsibility for my actions” and that he “knew it was wrong.”

Damilare Sonoiki, a television writer, also has been charged with assisting Kendricks in his investments.

McSwain, the U.S. Attorney for the District Court of Eastern Pennsylvania, said both Kendricks and Sonoiki face “substantial prison time” if convicted.