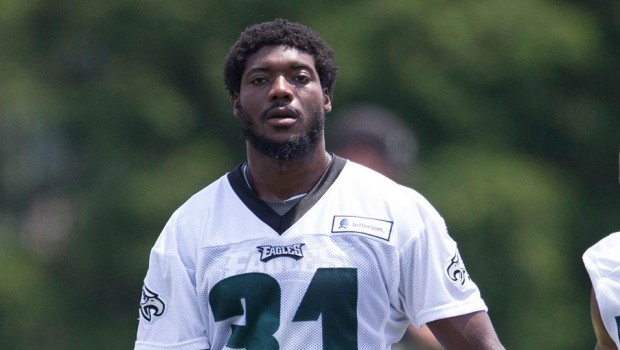 Eagles cornerback Byron Maxwell (above) hasn’t endeared himself to a lot of fans or Eagles greats but his complaint after the Cowboys game that he was tired!

“This is the second week,” Joyner said. “Last week he was laughing. This week is, ‘I didn’t have anything left.’ They’re paying you $14 million. Are you kidding me?”

While he has admitted his play has to improve, Maxwell cited the 82 snaps he played against the Cowboys as one of the reasons for his struggles.

“(We are) human beings,” Maxwell said of the defense being on the field for so long. “We get tired as the game goes on. That is how it goes.”

Although that is an excuse that Joyner clearly doesn’t buy, the three-time All-Pro linebacker did say not all of the blame should fall on Maxwell.

“In a lot of instances, he is doing the best that he can,” Joyner said. “He is a zone coverage cornerback. He is not a man-to-man cover guy. They put him in a technique that he’s bound to fail at.”