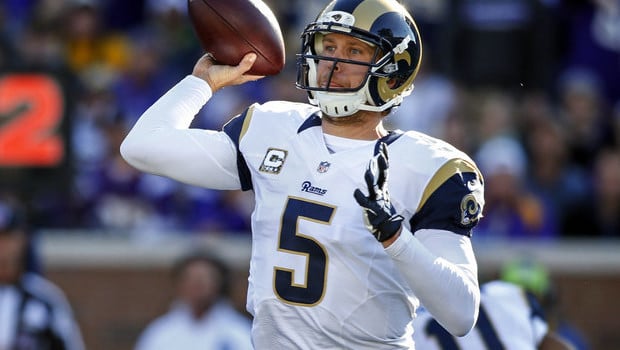 What is it about Sam Bradford and Nick Foles, who were traded for one another in March 2015 from the Eagles to the Rams?

They both decided to take a sabbatical from OTA’s, though Bradofrd came to his senses and is back at NovaCare.

Foles, a Los Angeles Rams regular when offseason workouts began April 18, has not participated in a team-run training session since the Rams took Goff first overall. The fifth-year pro even skipped the start of organized team activities yesterday.

After being acquired last offseason in the trade that sent Bradford to the Eagles, Foles signed a two-year, $24.5 million extension that included nearly $13.8 million in guarantees.

He started the first nine games but was benched for Case Keenum after throwing only seven touchdowns with six interceptions and five fumbles during a 4-5 start.

Foles received a $6 million roster bonus in March and has a guaranteed base salary of $1.75 million this season. He cannot be fined for his absences because the workouts are voluntary.