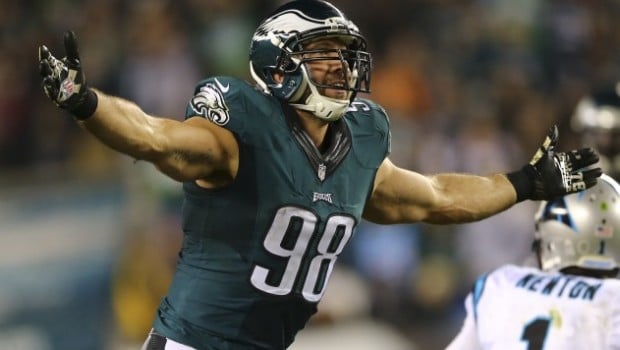 EX-EAGLE FAN FAVE CONNOR BARWIN MAY BE A DOLPHIN!

Ex-Eagle fan fave Connor Barwin is a 10-year veteran who has played for four teams.

He’s now potentially on track for an 11th year and a fifth team.

Per multiple reports, Barwin will visit the Dolphins.

A second-round pick of the Texans in 2009, Barwin has played for Houston, the Birds, the Rams, and the Giants. He has 56.5 career sacks and seven seasons as a full-time starter.

The Dolphins traded Robert Quinn and saw Cameron Wake leave via free agency, so they’d benefit both from the production and the leadership, if Barwin agrees to terms with Miami.