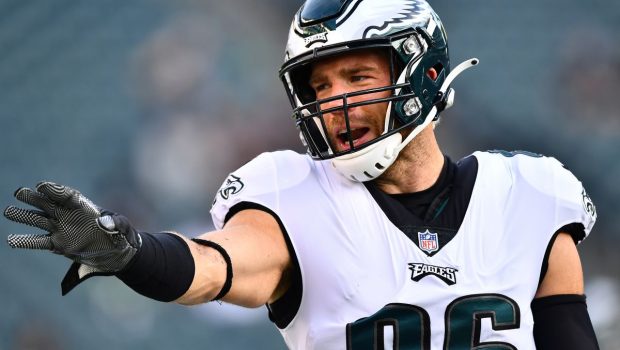 EX-EAGLE ERTZ TRAVELED NEAR AND FAR TO MEET UP WITH 5-0 CARDS!

New Arizona Cardinals tight end Zach Ertz can’t play today when the team takes on the Cleveland Browns, but he will be there.

Ertz, who played last Thursday night for the Eagles in their 28-22 loss to the Tampa Bay Buccaneers, was traded to the Cardinals Friday.

Because he played already in Week 6, he is ineligible for the Cardinals’ game today

However, according to ESPN’s Jeremy Fowler, Ertz is all in with Arizona even though he had the option to use the long weekend to rest and relax before reporting to the Cardinals next week.

Instead, he flew to Phoenix, took his physical and then traveled with the team to Cleveland so he can meet teammates and start learning the offense with the coaches.

It would seem he is very excited to join a 5-0 team that has a big hole at tight end with the loss of Maxx Williams for the season.