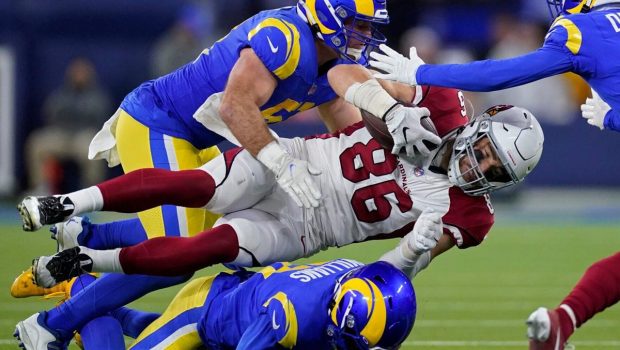 EX-EAGLE ERTZ, SOON TO BE A FREE AGENT, WASN’T MUCH LAST NIGHT!

Ex-Eagle Zach Ertz caught 3-of-4 targets for 21 yards in the Cardinals’ Wild Card loss to the Rams.

Ertz was dealt to the Cardinals following Week 6 and immediately took over as Arizona’s every-down tight end, allowing Dallas Goedert to do the same in Philadelphia.

It was a rare trade that was good for both sides.

He scored two of his touchdowns in one game way back in Week 11 and went scoreless the rest of the way.

Ertz is scheduled to hit free agency in March, but he may have found a home in Arizona. It’ll be interesting to see if both sides are interested in an extension.