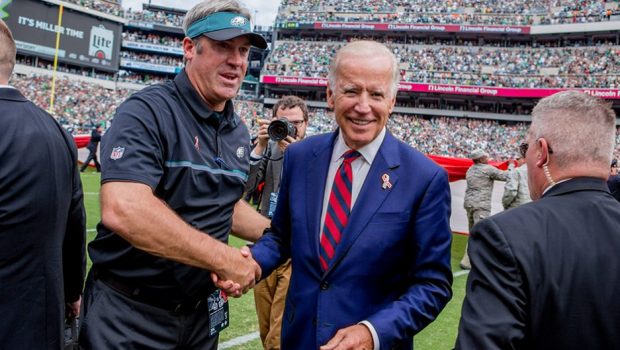 EX-EAGLE DOUGIE P IS LEADER IN CLUBHOUSE FOR JAGS JOB!

Ex-Eagles head coach Doug Pederson is the favorite to land the Jags job, according to Vegas sports books.

Unlike the fired Urban Meyer, Pederson is a player’s coach and someone the team can get behind. With the characters he had on his teams in Philly, Pederson can handle just about any personality.

He also has a record of working with some noteworthy quarterbacks including Donovan McNabb, Alex Smith and Carson Wentz.

He has a long history with Andy Reid, first in Philly and then in Kansas City whereas the lead play-caller, Pederson led the Chiefs to an 11-5 record and a trip to the playoffs in 2015.

Pederson won two division titles and the franchise’s only Super Bowl — compiling a record of 42-37-1 in the regular season and 4-2 in the postseason. Pederson’s tenure in Philly wasn’t perfect, but he will command respect the second he steps foot in Jacksonville and knows how to nurture quarterbacks which the Jags so desperately need as Trevor Lawerence has only thrown one touchdown and four picks in the last six games which are abysmal numbers for a guy who was as hyped up and as talented as he is.